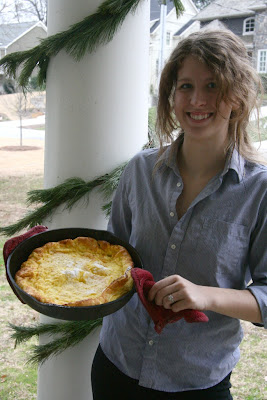 Merry Christmas to all of you who celebrate the holiday! For today's Christmas post, I want to share something from the past and some things very much from the present.

First things first: one of my favorite recipes from my childhood; its flavors resonate deeply, inextricably tinged with my memories of time and place, of pleasures experienced in my mother's kitchen long ago.

My father clipped the recipe for David Eyre's Pancake out of The New York Times newspaper when it was first published in 1966 (it was a Craig Clayborne recipe). It became one of our family's favorite special-occasion dishes. And we weren't the only ones; apparently this recipe is the most popular that the Times every published. The skillet-sized pancake was impressive as it came out of the oven all golden and puffed. And when it was dusted with confectioner's sugar, spritzed with lemon juice, and cut into wedges, we savored its delicate sweetness.

When my children were young I introduced the recipe to them, and it became one of the first things that they could prepare themselves (with a little help putting the skillet in and taking it out of the hot oven). Even though the pancake is relatively easy to make, for us it remains a dish for special occasions, particularly Christmas morning.

The recipe can be found here along with a fascinating account of the recipe's history. The recipe is also contained in Amanda Hesser's 201o release, The Essential New York Times Cookbook (I've spoken about this book before - I cannot recommend it highly enough.)

My mother always made the pancake from the original 1966 newspaper clipping. Soon after it was published the recipe was discovered to have too much butter, and a correction was quickly published in the newspaper (the measurement of butter should be 4 tablespoons, rather than 8 - the or half a stick was correct), but Dad never saw the correction and we always went by the yellowed clipping taped to the front and back of a recipe card: 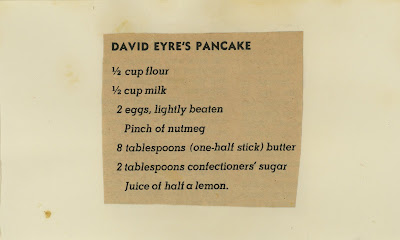 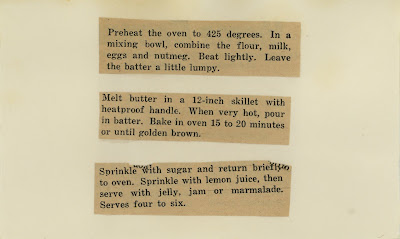 Last Christmas, rather than pulling out the recipe card, we opened my brand-new copy of The Essential New York Times Cookbook for the pancake recipe. My daughter read for the first time that there had been a correction to the recipe over 40 years ago! I'm sure that somewhere along the line we may have periodically used less butter but I have to say, the pancake we typically made, swimming in butter, highlighted by the lemon juice and powdered sugar, is part of my memory of the deliciousness.

I heartily recommend this celebrated recipe for your Christmas breakfast (preferably without the extra butter!) It would be equally good for any lazy Sunday, or a weekend when you have house guests. But unless you make a double batch in a large skillet - as my daughter did in the photo above - you might have to make a second pancake so everyone has enough!

Similar to my cookbook post, here I've gathered a few links to lists of "best apps" of a culinary/food nature. At the end I'll put in a plug for a couple apps that have caught my attention.

I have only dipped a toe into the proverbial sea of culinary apps, and here are a few that I've experienced: 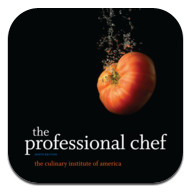 In a stunning technological achievement, The Professional Chef (the Culinary Institute of America's textbook) is now available as an iPad app., enhanced by video how-tos. You can buy the entire book for $59 or individual chapters for $2.99 (which is what I did). The soup chapter is available as a free download. [in the interest of full disclosure; one of my daughter's lifelong friends works for Inkling, the company that developed this app, but I did not receive anything from the company. I paid for my own app download] 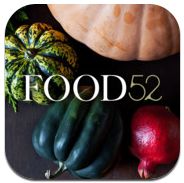 Given how much I've enjoyed the Food 52 website (see, for example, the rum balls recipe I posted earlier this week) I had to give the Food 52 Holiday Recipe and Survival Guide app a try. It's smart and beautiful (just like the website!) and has a nice selection of recipes, both sweet and savory, as well as a video on making a gingerbread house. We baked the brown butter and cheddar apple pie for Thanksgiving and it was heavenly. 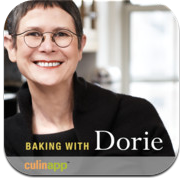 Dorie Greenspan's app, Baking With Dorie, is on my Christmas list this year. Although it doesn't have a ton of recipes, I'm looking forward to seeing Dorie demonstrating baking techniques via video clips. Dorie's cookbooks give the feeling that she is right there stirring and measuring with you; this app brings her even more vividly into your kitchen!

If you have a favorite childhood Christmas recipe, or a favorite culinary app, please share in the comments!
Posted by Nancy/n.o.e at 1:15 AM

I hope your Christmas is filled qwith child-like wonder. I can attest to the fact that these pancakes are amazing!

I always wanted to make this pancake, I guess this is the year. Thanks for the inspiration and Merry Christmas to you and your family!

PS Just a quick note because I was confused by your post...4 tablespoons and half a stick are the same thing, 2 ounces. The mistake was in the 8 tablespoons, which are a whole stick of butter or 4 ounces, not a half stick like the original recipe intended.

Will try this pancake, maybe tomorrow while swimmer is still in residence. Looks great, I wish mine came with ALE, too! Merry Christmas!xoxoxoxoxoxoxoxo

Thanks, @Laura, I have now clarified my clarification of the butter! I hope you like the pancake; it's a cherished recipe in my family.

Oh yum, I wouldn't mind this pancake on Christmas morning (or really any morning for that matter). Hope you have a wonderful holiday season with your family Nancy!

Thanks for the app recommendations! We have an iPad, but I really haven't had a chance to check out many of the cooking/baking apps. I keep meaning to download Dorie's, but yet it hasn't happened.

That pancake sounds heavenly (I'm sure all of the butter has nothing to do with it!)

I'm not sure if I mentioned it before but Mark Bittman's How to Cook Everything app is my current fave. Just like the book, tons of accessible recipes but the searching, swaps, grocery list, and built in timers really take it to the next level. I'll have to check out Food52 and some of the others (I'm afraid to start downloading chapters from the New Professional Chef...I've always wanted that book!!)