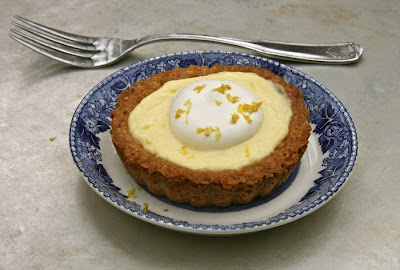 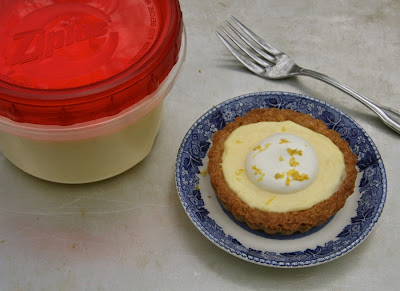 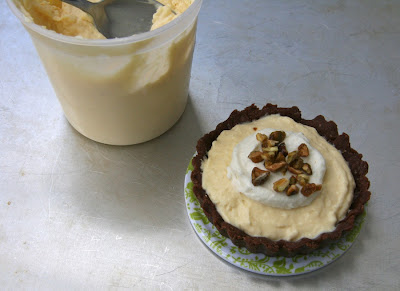 The grapefruit cream was subtle and the tiniest bit bitter on its own.  But it was perfect paired with the chocolate tart shell, which smoothed out the rough edges of the cream, while the cream contributed a subtle note of citrus to the chocolate.
Posted by Nancy/n.o.e at 5:28 PM

Given my recent obsession with grapefruit, I'm totally intrigued by the grapefruit tart. Bookmarking the idea for the day when I eventually decide to go back through the recipes I missed for TWD!

This is one that I really need to go back to. I really like your idea of doing a grapefruit version. I was excited to see that Alice Medrich has a new dessert book coming out later this month! =) (not that I've made enough of the cookie recipes yet)

I've been on a grapefruit kick as well...I can't seem to get enough of it and but several each week. What's with that anyway? lol All this looks and sounds wonderful, never enough citrus anytime anywhere as far as I am concerned!

I made this tart (never blogged it) for some special occasion or another and I remember thinking it was just lovely. But I'm completely smitten with your grapefruit/dark chocolate version. That's just so different and it sounds amazing!