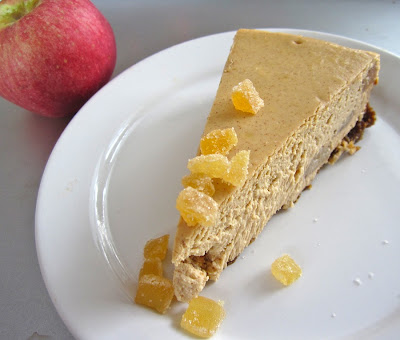 For my money the best apples in the world are Macouns, which grow in Central New York and are available for a fairly limited time each Fall.  I've been known to order these apples directly from New York orchards because there's no guarantee that in any given year I'll be able to find Macouns in Atlanta.  Luckily this past October we spent a week in New York State for the wedding of my daughter ALE to her long-time beau KJB.  In a perfect stroke of luck, it turned out to be the only week that the Macoun apples were available at the local orchard.  We commissioned some friends to pick bushels of the apples to use as table decor at the wedding. 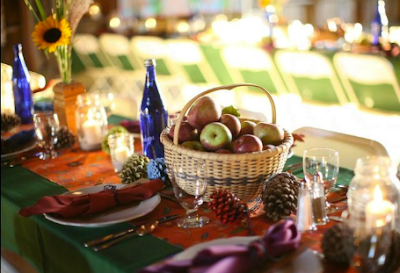 Even with giving away bags of the leftover apples to wedding guests, I still ended up with lots and lots of apples.  Luckily apples keep very well when refrigerated, and I've been doling them out for lunch each day and for special cooking and baking projects, such as this week's make-up recipe for Tuesdays With Dorie, the Brown Sugar Apple Cheesecake (chosen by the original group 4 years ago this week). 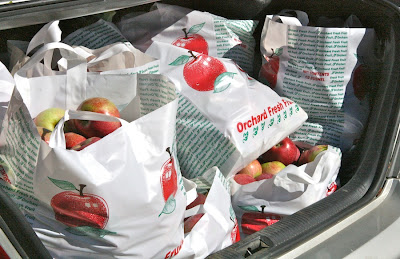 why yes, that is an entire trunk filled with Macoun apples

My daughter and new son-in-law spent time over the Christmas holidays with us in California.  They are both huge fans of cheesecake so I planned a to bake this recipe for them. I carried some of the wedding apples in my suitcase from Georgia to California, and when my daughter and son-in-law arrived I baked the cheesecake for them with the apples from their wedding weekend.

-  You can find the recipe on this blog from the early days of the original Tuesdays With Dorie group four years ago.

- To enhance the flavor of the the apples, I added bit of salt as I tossed them with the brown sugar.

- For the filling, I reduced cinnamon to 1.5 tsp and added 1/2 tsp of ground ginger. Also I added 1/2 tsp salt to the cheese filling. 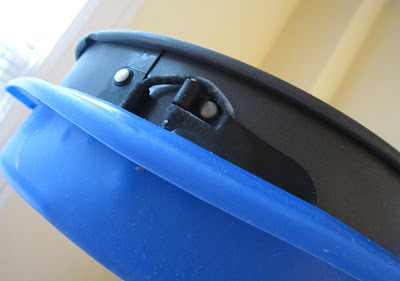 - Baking cheesecake in a water bath, or "bain marie," always makes me nervous.  Although the pan gets wrapped in a layer or two of aluminum foil, it all seems poised for watery disaster.  (In fact my first-ever cheesecake got soggy in the crust that way)  This time, instead of foil, I sheathed the springform pan with a silicone cake pan.  They were both 9" pans, so the fit was nice and snug.  I put the assembly into the water bath, which I thought was pretty ingenious. I didn't have a very deep roasting pan, so the hot water went about 1/3 of the way up the side of the cheesecake.

- Somehow the pan leaked liquid (looked like melted butter in the bottom of the silicone pan when I took out the springform pan) as it baked; despite my efforts the crust was a bit soggy when I unmolded the cake.

Despite my crust woes, the cheesecake was appreciated by all, especially the newlyweds. We topped each piece with candied ginger which provided nice spicy counterpoint to the smooth sweetness of the cake. The apples blended nicely in texture with the creaminess of the cheesecake, while the cinnamon and ginger contributed the lovely flavors of a good apple pie.

The cheesecake might not be heart-shaped or bright red, but I think it makes a lovely story on this Valentine's Day of a special dessert for two very sweet young love-birds. 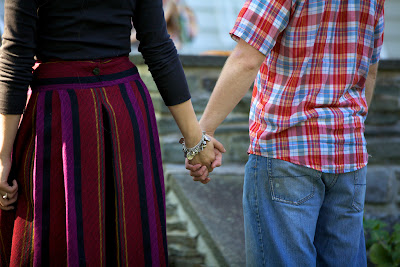 Leslie and Margaret are also playing catch-up with the early TWD recipes.  You can find their posts: Leslie's adorable cheesecake and
Margaret's cheesecake and black/white cake

They add a touch of whimsy and delight to a wedding and even more so to a delicious cheesecake.

I love that idea for a wedding decoration...and how lucky to have so many leftover apples to use! The cheesecake looks delightful. Happy Valentine's day!

What a sweet thing to use apples from their reception! I love that idea and I bet they were thrilled, too. It looks perfect with the crystallized ginger on top.

Fun to see bits of the wedding again. All that fall decor so wonderfully done, you are all so creative. The cheesecake looks delicious. Now you know what I am giggling about, right? I cannot even imagine what else was in that magic Christmas suitcase...I am thinking it is just possible that the kitchen sink may have been in there as well. lol

I really do need to try one of these apples. You've raved about them multiple times. I love the traveling apple story and a great idea for table decor.

What a great idea to add ginger. I bet that did pop up the flavor. This was such a good cheesecake.

Look at all those lovely apples. And what a lovely decoration for a fall wedding.

Your suitcase is full of fun!!

Wow, the tables at the wedding look so nice! I love the trunk of the car full of apples, that's awesome and so appropriate :) I never made this recipe with the group, but it's on my to-do list. I'm not a huge cheesecake fan, so I need to find some tasters!

I love this post, Nancy. Everything from the cheesecake (I've always stopped on that recipe), to the ingenious use of the silicone pan for the waterbath, to the gorgeous tables, the enviable trunk full of freshly picked Macoun apples, to the lovebirds is just perfect.

That does it--I need to make this again with Macouns! I think I still have a few tucked away in the fruit drawer. This recipe is special to me, since it was my first week of TWD, and I can't believe I haven't ever made it again.